Diane recently retired from The Bradford Era Newspaper where she worked as a columnist and reporter for since 1978. A hospice volunteer since 1985 and a committed Christian, she is frequently invited to speak about her experience as a two-time cancer survivor. In 1997-98 she authored, “Diane’s Story” series of first-person articles in The Bradford Era newspaper following diagnosis and treatment of breast cancer.

In 1990 she contributed the first chapter to Conversations About Cancer book produced by The American Cancer Society and The Association for Research of Childhood Cancer. This chapter was a first-person account of her year-long treatment for stage IV ovarian carcinoma.

Besides public speaking on health and spiritual topics to area churches and service groups, Diane has appeared on a television talk show and on AM Buffalo radio. She is frequently called upon to lead women’s retreats, community Bible Studies, and provide children’s sermons. She has spoken at a writers’ conference speaker on journals and was the Creative writing class teacher January-May 1997 at Humble Pie School for the Performing Arts. From 1994 - 2000, she co-authored the yearly Kiwanis Kapers variety show and is currently directing community theater.

Diane is married to David Arnett and mother of a teenage daughter, Rachel. Diane has benefited from a diverse ecumenical background having worshiped on a weekly basis in Mission Covenant, Roman Catholic, Foursquare Gospel, and the United Methodist Church (her current membership). 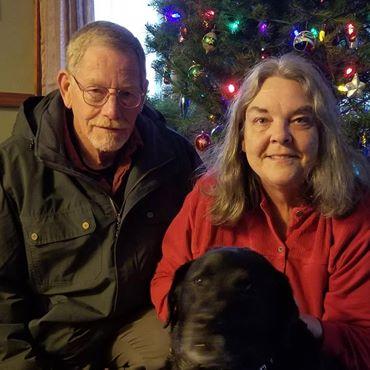